The shape of things to come: architecture after the virus

Questions are being posed within the field of architecture these days on what global impact Covid-19 is likely to have on our work and home lives.   In many societies around the world one is subjected to socially distanced self-isolation, shops are shuttered, offices are largely abandoned and urban centres are reduced to ghost towns.  Will pavements widen so we can keep our distance?  Will we no longer want to live so densely packed together, working in open-plan offices and cramming into lifts?  Will homes have to adapt to accommodate work?

From antibacterial brass doorknobs to broad, well ventilated boulevards, our cities and buildings have always been shaped by disease.  Since ancient Greek times streets were paved with flagstones largely to seal in what was widely thought to be poisonous vapours and disease emanated from the earth.  The cholera epidemic in 19th century Britain influenced the modern street grid – introduction of sewage systems that required the roads above them to be wider and straighter.   The bubonic outbreak in 1855 changed the design of everything from drain pipes to door thresholds and building foundations in the war to eradicate the rat.

And the wipe-clean aesthetic of modernism was partly a result of tuberculosis with light flooded sanatoriums inspiring an era of white painted rooms, hygienic tiled bathrooms and the ubiquitous mid century recliner chair.  Form has always followed fear of infection just as much as function.

Design agencies are turning their creative energies to imagining ways buildings could help fight future epidemics, spanning everything from the layout of public spaces to surface coatings.

From the boom of multi-company sharing of office space when the co-working dream was sold on the very basis of social interaction – these days proximity may not be so appealing.  Are companies really going to continue putting their entire team in one place, mingling with other businesses?  Likewise is this the death-knell for the concept of co-living spaces, where kitchen-dining room-living room is shared between several tenants?

Wider corridors, more partitions, better ventilation and openable windows, more staircases suggests Arjun Kaicker once leader of Foster and Partners’ workplace team that influenced the gargantuan new HQs for Apple and Bloomberg, now with Zaha Hadid Architects head for analytics and insights.  “Everything has been about breaking down barriers between teams but I don’t think spaces will flow into each other so much anymore.”

Furniture may change too.  Office desks have shrunk over the years from 1.8 metres to 1.6 metres to now 1.4 metres but Kaicker believes we’ll see a reversal of this as people won’t want to sit so close together.

Will legislation mandate minimum area per person in offices and reduce maximum occupancy for lifts and larger offices to minimise overcrowding.  If so, there will be a big knock on effect on the skyline.  Will the sky-scraper survive if they are to become more expensive to build and be less efficient?  It may reduce the economic attractiveness to developers of building tall, and super-tall, offices and residential towers.

On the other hand, will the impact be on a reduced size of offices with working from home fast becoming the way of the future and equally will developers start providing specifically designed office spaces within the homes they build?

With 80% of infectious disease being transmitted by touching contaminated surfaces, especially steel and plastic, a hands-free environment is envisaged.  Futuristic offices are being designed around ‘contactless pathways’ – employees will rarely have to touch a surface with their hands to navigate through a building.  Lifts can be called by a smartphone avoiding the need to press a button.  Blinds, lighting, ventilation, even ordering a coffee could be controlled from your phone.  Motion sensors and facial recognition will automatically open office doors all with the focus of eliminating direct contact with communal services from street to workstation.

This coronavirus pandemic has turned social contact into the ultimate evil.  Density of cities is blamed for rapid spread of the disease.  After being cooped up for months, we’re likely to have a renewed interest in the value of urban green space as well as the public infrastructure of toilets, drinking fountains and handwashing facilities.

Coronavirus has exposed the effects of tourism; in tourist-reliant places like central Amsterdam, Paris, London, Madrid, where tourism has stopped and Airbnbs are empty, residents have had a rude awakening as they discover that they have no neighbourhoods.  And indeed here in Macau where we are reliant on 30 million tourists descending on us each year, our streets and squares, hotels, casinos and shops are empty.

As Oliver Wainwright writes so eloquently in the UK’s Guardian newspaper, global cities boosterism will take some blows.  He points to how the fluid network of metropolitan areas has been promoted but now there’s more of a sense of the city as a place of safety, home and refuge.   What about the much touted bringing together of cities within the Greater Bay Area.  Does Covid-19 present a warning against migration?  A warning against tourism and the inequality that causes labour migration on a temporary basis; a warning against the gig economy with its labour market prevalence of short term contracts and freelance as opposed to permanent jobs and the devastation of public services.   “There is something very clarifying about a pandemic,” says Wainwright, “you can see the absolute necessity of a public health service and a proper social welfare system.  It creates a very clear picture of what is good.” 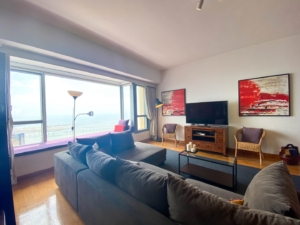 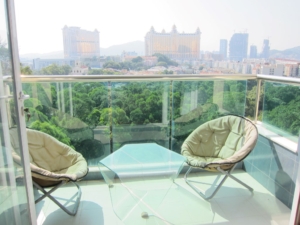